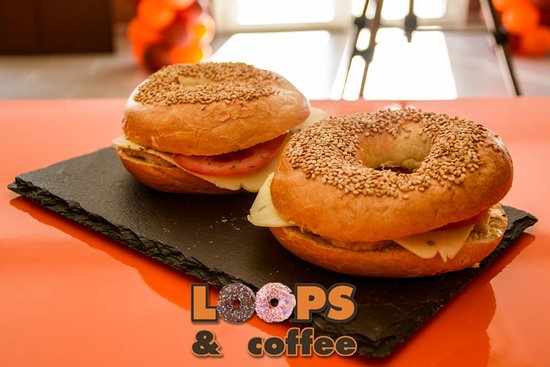 We all know bagels are delicious, but did you know that unlike other types of bread, bagels are boiled before baking? Have you heard that bagels didn’t really get popular in America until the 1970s? You know bagels have a day of their own?
Here are 10 more interesting facts from the history of bagels for all the true connoisseurs of this delicious breakfast staple. Okay, any time of the day, if we’re honest here, a bagel is always a good idea.

1.The bagels have been in space.

It’s safe to say that the delicacies at Fairmount Bagels in Montreal are out of this world. In 2008, astronaut Greg Chamitoff boarded Discovery for a 14-day flight into space. the company? Eighteen bagels from Fairmount, a shop owned by his aunt.

2.Montreal is really famous for bagels.

Philadelphia has its cheesesteaks. Italy has its pasta. As for Montreal? It has bagels! What sets Montreal bagels apart from the rest is that they are cooked in honey water before being baked in a wood-fired oven. The result is a chewy golden bagel that the people of Montreal boast about, but we’ll let you decide if they’re better than their famous New York counterparts.

3.The largest bagel on record was 393 Kilos.

In August 2004, Bruegger’s Bagels produced a gigantic 200-pound bagel and displayed it at the New York State Fair, according to the Guinness Book of World Records.
Life’s greatest creation required 500 kilos of dough, 3400 liters of water and it took 10 hours to bake. He holds the record for the largest bagel to date.

4.Bagels go back a long way.

The birth of the bagel is up for debate, in large part because bagel-shaped bread has been around for centuries in various cultures. A legend says that the bagel was invented in 1683 as a stirrup-shaped tribute to the Polish king Jan Sobieski after defending Vienna from the Turkish conquest. But Maria Balinska, author of The Bagel: The Surprising History of a Modest Bread, notes that bagels closely resemble obwarzanek, a Polish bread that dates back to the late 14th century. Bagels became popular in the United States in the 1970s, although they had been sold in specialty Jewish markets for several decades before.

5.Bagels have holes for a reason.

Why do the bagels have holes? Holes make bagels bake faster, according to a question and answer session Balinska did with The New York Times. The holes also allowed the bagels to be stacked on a wooden peg or post, making it easier for street vendors to sell them.

6.The “everything” bagel was possibly invented by a 15-year-old.

Determining who invented certain foods can be a daunting task, but a New Yorker named Dave Gussin, who worked at a bagel shop in Howard Beach, told The New Yorker that he actually invented the “everything bagel” in 1980. at age 15.
Gussin claimed he was sweeping the seeds out of the oven and had the idea to combine them into a bagel. Then the store sold the “everything bagel” for an extra penny. But, since the article came out, the claim has been challenged, and another former bagel bakery worker stated that he made “everything” bagels in 1977.
So basically, everyone seems to want credit for creating the ” everything bagel “.

7.There have been bagels with caffeine.

In 2017, Einstein Bros Bagels released an espresso-infused bagel that contained 32 milligrams of caffeine and 13 grams of protein.

8. Making bagels was once a group effort.

Bagel makers in the early 1900s worked in teams of four. Two people made the dough, shaping the bagels; one person boiled them and the fourth baked them.

9.Apple had to remake its bagel emoji.

In honor of National Bagel Day, in early 2018, Thomas Bagels released an emoji keyboard. There were forty breakfast-focused emojis, including an avocado-covered bagel. Later that year, Apple finally released the bagel emoji on its own platform, but not without controversy.
After people complained that the plain bagel had nothing on it, it was redesigned with cream cheese during launch. of the iOS 12.1 beta 4 cycle. People have strong opinions about bagels.

10.Bagels have a close cousin: bialy.

Haven’t you heard of a bialy? If you want to turn things around one morning, try ordering one of these doughy treats. Instead of a hole in the middle, a bialy has a notch in its dough that is usually filled with cooked onions (and sometimes topped with poppy seeds). Also, unlike a bagel, a bagel is baked (never boiled like the bagel batter is made first).